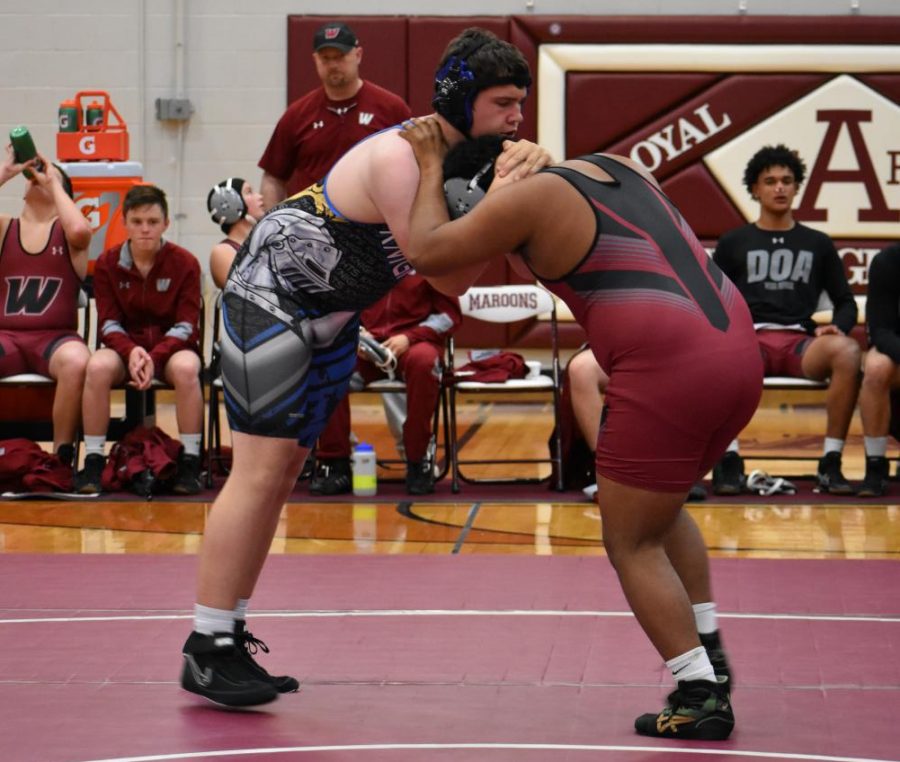 Junior Thomas Lucey competes in a wrestling match against Weiss on Thursday, Dec. 5 at Austin High. He got fourth in his weight class overall and third at his next tournament the following weekend. “It was kind of a struggle but I think it taught me a good lesson of never giving up, and the match was successful in the end.” Photo by Tallulah Wilson. 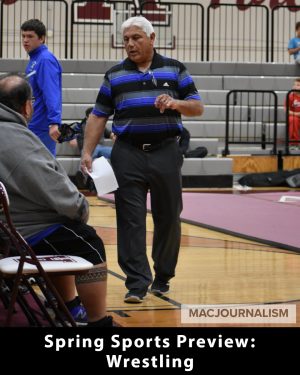 After several people made it to regionals last season, with a few team members almost advancing to state, the McCallum wrestling team is determined to do even better this season.

“It used to be seen as a slack-off period,” boys captain Sam Buford said. This year, however, he is determined to create a better team dynamic where people want to put in the work required for such a strength-based sport.

“I’ve started really becoming friends with my teammates and working with them a lot more,” Buford said.

So far, he says, his strategy has worked and he is happy with the improvement.

According to head coach Ray Amaro, wrestling comes with many lifestyle changes relating to diet and exercise to keep team members in their weight classes.

Last season, the wrestling team won five tournaments out of 11. This season, with 25 eager wrestlers, the team is optimistic about going further and thinks that they can achieve their goal of more players making it past regionals and on to state.

“Last year we only had like four or five returning students that had wrestled,” Buford said. “Now the whole team is planning to step it up.”