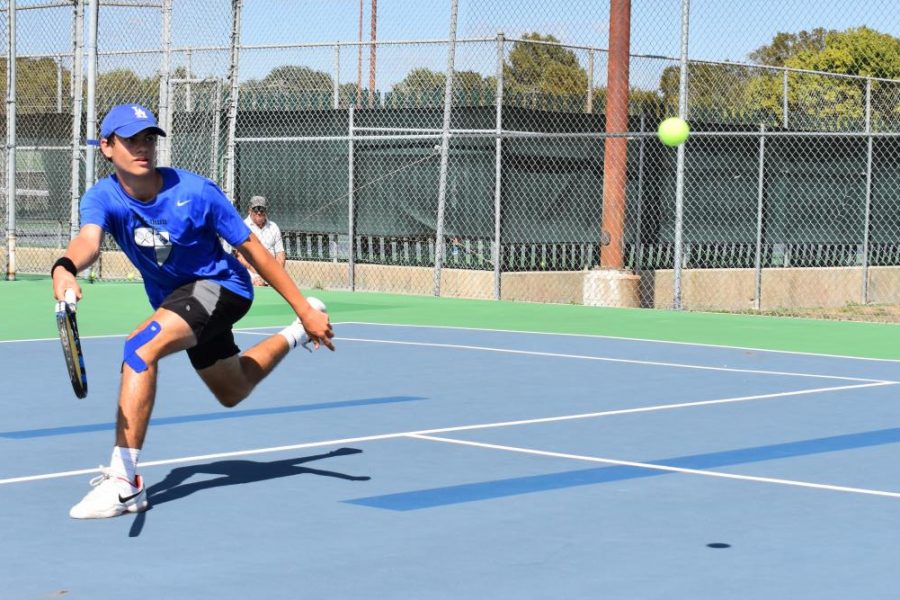 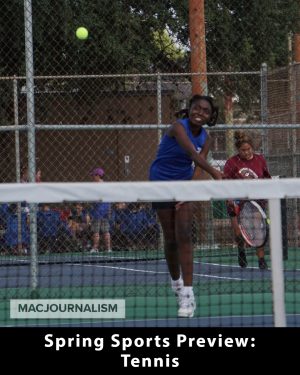 Since finishing third in districts for the fall season, the McCallum tennis team has been preparing for the start of the spring season after winter break. The spring season allows players to amass points individually, competing in doubles or singles, rather than as a team.

“The second semester we shift gears and we have a whole different format [so] instead of team tennis where we’re playing together as a group against another school, we’re doing individual tennis in the spring,” said assistant coach Chris Purkiss.

Under co-captains senior Wyeth Purkiss and sophomore Jewel New, the team is creating new goals for improvement and growth for the upcoming season.

“I want to improve as a player and gain more experience,” New said. “I hope we can grow closer as a team.”

For most of the team, the main goal is refining their play and finding ways to coordinate with each other.

“I hope that the entire team can improve upon the doubles playing and communication,” said sophomore Lily Christie. “I’m excited for more tournaments and more opportunities for the team to thrive.”

With an influx of freshman members and many more players than in previous years, coming together as a team has been very different than in the past.

“Practice has been really fun because of all the new people,” Christie said. “We’re starting to get closer as a team and working together.”
As a new player this year, freshman Elle Deitrich enjoyed watching and collaborating with her teammates last season as well.

“I think my favorite part was just practicing as a team and watching everyone grow and play because we all love tennis,” Dietrich said. “I’m excited to play in more tournaments and to experiment with my doubles partner.”

Now is the time for the team members to make any drastic changes to their play and master them without fear of weakening their game during tournaments. In January, the team will begin playing duel matches and tournaments with other schools around Texas.

“We want to encourage everyone to practice in that format that they’ll be playing in during the tournament,” Coach Purkiss said. “I’ve seen a lot of players work hard, so I think improving, working on skills that are challenging, and what [they’re] already doing well, [are some things] I want them to keep doing.”