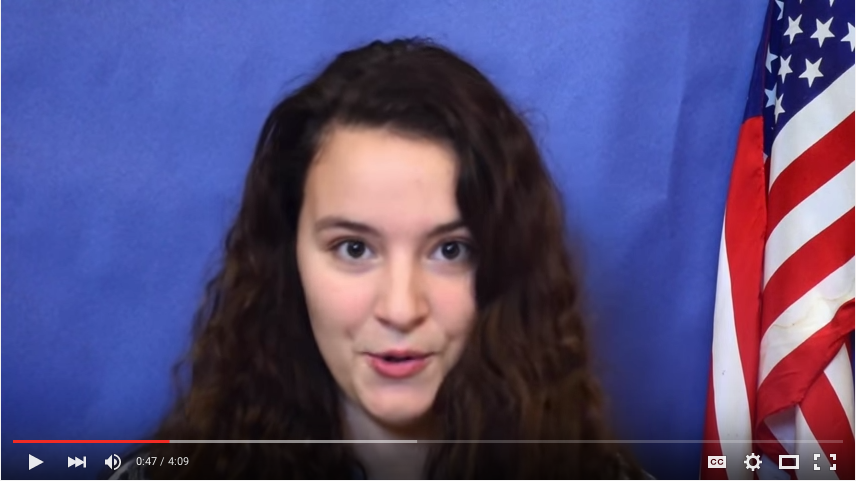 Texas governor Greg Abbott has announced that he will try to refuse Syrian refugees from entering Texas. His proposed state policy is in response to President Obama announcing that he wants to admit 10,000 refugees into the country.

“I don’t think it’s in [Abbott’s] political authority,” world geography teacher Katie Carrasco said. “We’re a really big state, [and] we’re one of the few states that has had economic growth, so of any state, I feel like we would have a lot to offer. Instead of looking at this as such a negative, why not focus on all the ways that these people could contribute to our economy and contribute to our communities? If we’re such a big business, fast-growth kind of state, then [why not?]”

Carrasco said she believes one of the biggest misconceptions people have about refugees seeking asylum in America is that they’re just trying to find a free ride.

“I think that some people look at [the refugee crisis] like this is [the refugees] ticket out, their shortcut into the country, and I don’t feel that that is accurate,” Carrasco said. “From what I’ve read, most of them would prefer staying in their country; they’re proud of who they are, they’re proud of their heritage [and] they’re not looking to get out of that. They are in a war-torn country, and so they want to keep their family safe. Who could blame them for that?”

Carrasco said a lot of people don’t understand how economic and climate crises fuel political instability. Syria was experiencing a drought before the war, and some of the people there were already in desperate situations.

“I feel like we can’t forget that for many of us, someone had to let our ancestors immigrate [here] because they were leaving a situation,” Carrasco said. “Who am I to close the door on someone else’s ancestry from getting a fresh start?”

Following Abbott’s announcement, a group of students decided to respond.

“I was really concerned with the number of politicians who were speaking out against welcoming refugees to the United States,” senior Natalie Murphy said. “I just think that that’s not what our country stands for, and I was surprised by how many people were saying negative things about refugees.”

“I wanted to do something creative that would stand out amid all of the posts and articles that were already being spread around online,” Murphy said. “I thought a video would be more effective than just writing my thoughts because it would open up the opportunity to get multiple voices involved and utilize multiple types of media.” Murphy said she hopes the video inspires others around Texas to support refugees coming to Texas.

“The video is very specific about how Texas should welcome refugees just because of what our state stands for, so I’m hoping that when people watch it, they’re encouraged as Texans, and it makes them feel prideful and that turns into them realizing that we should welcome refugees,” Murphy said. “ [I hope for] kind of a change of mindset for people who watch–even if it’s just people from Austin and that they would choose to add their voice to our cause.”

Junior Hanan Alwan, one of the students in the video, was inspired to be a part of the video by her personal experiences.

“My dad is from Harar, Ethiopia, [and] moved to Los Angeles in 1980,” Alwan said. “My dad was graduating high school and supported democracy and helped produce documents that were pro-democracy, which threatened the effective dictatorship that was in place. Eventually, the military became more and more violent, and my dad’s life was on the line. He saught refuge by walking to Djbouti. He moved to the U.S. after being granted a visa and college acceptance in L.A.”

Alwan said that the current refugee crisis reminds her of what her father went through and hopes these people can the same chance her father got.

“The current crisis in Syria affects how I feel because it always reminds me that they are not just numbers and statistics, that these people have families and children,” Alwan said. “My father has came so far in his life, and the obstacle of being a refugee is truly one of the more depressing times of life, and I think everybody deserves the chance my father got.”

Alwan said she participated in Murphy’s video because she thought it was a good platform to express her beliefs.

Alwan said she believes Syrians should be allowed to come to the United States.

“Refugees are people,” Alwan said. “ America’s history was entirely built on bringing those from foreign places. Syrians hold no threat to the citizens that reside here.”

Murphy is the co-editor-in-chief of The Shield.