Knights rebound from losses to Anderson, El Paso by beating Giddings to end Day 2 on a high note 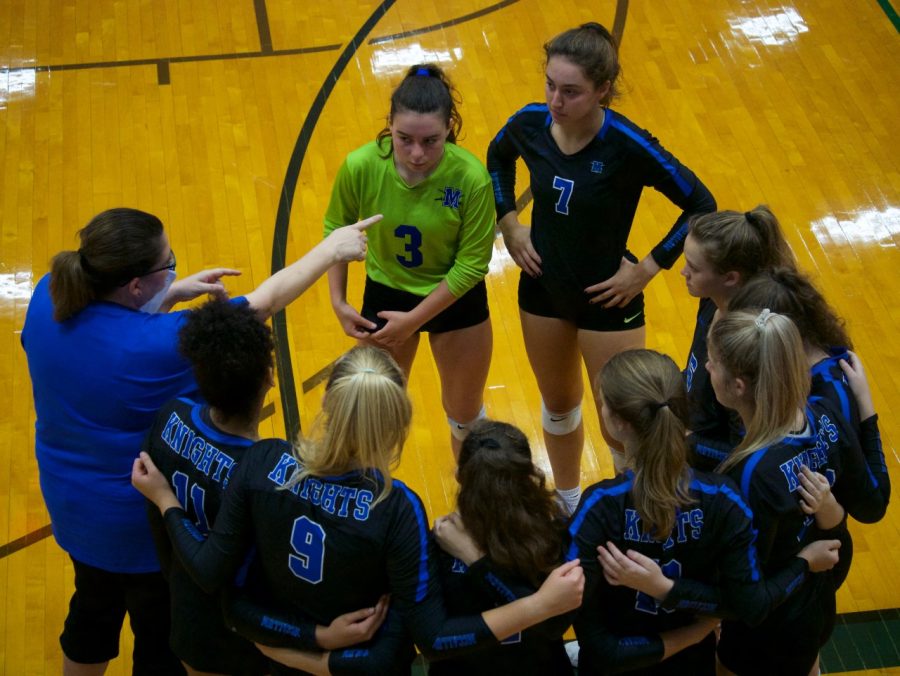 Head coach Amy Brodbeck instructs her team during a break in the action against arch-rival Anderson. The Knights played the Trojans tough, but lost in two tightly contested sets, 25-23, 25-23.

After  placing second in their pool yesterday at the Austin Sports Center, the varsity volleyball team moved on to play against other first and second place teams on the second day of the Jason Landers Invitational at the Delco Center.

As they did on Thursday, the Knights played three games today. The first was an Instant Taco Shack match made possible when Anderson and Mac were placed in the same bracket after they both finished in the first half of their brackets on Thursday.

Against the Trojans, the Knights started strong, taking an early lead, but falling short and losing the first set 25-23 and then having a repeat of the first set in the second, losing 25-23 both times.

The Knights didn’t have much time to dwell on losing to their nextdoor rival. In their second game, which immediately followed the first, the Knights took on the very strong El Paso Tigers, losing in straight sets again, 25-8 and 25-15.

“With tournaments like this, especially at the very beginning [of the season], you get to see where everybody fits and works well together and what we need to improve on,” head coach Amy Brodbeck said. “This is teaching us early on that we can’t just be satisfied, we need to push ourselves to improve throughout the game.”

After the Knight had about an hour break, they returned to Delco Center Court 2 to face the Giddings Lady Buffs. The Knights defeated Giddings 25-22, 25-19.

“Coming back from playing back to back was tiring for everyone,” junior Preslie Boswell said. “We all came together for the last game and finished the day strong.” 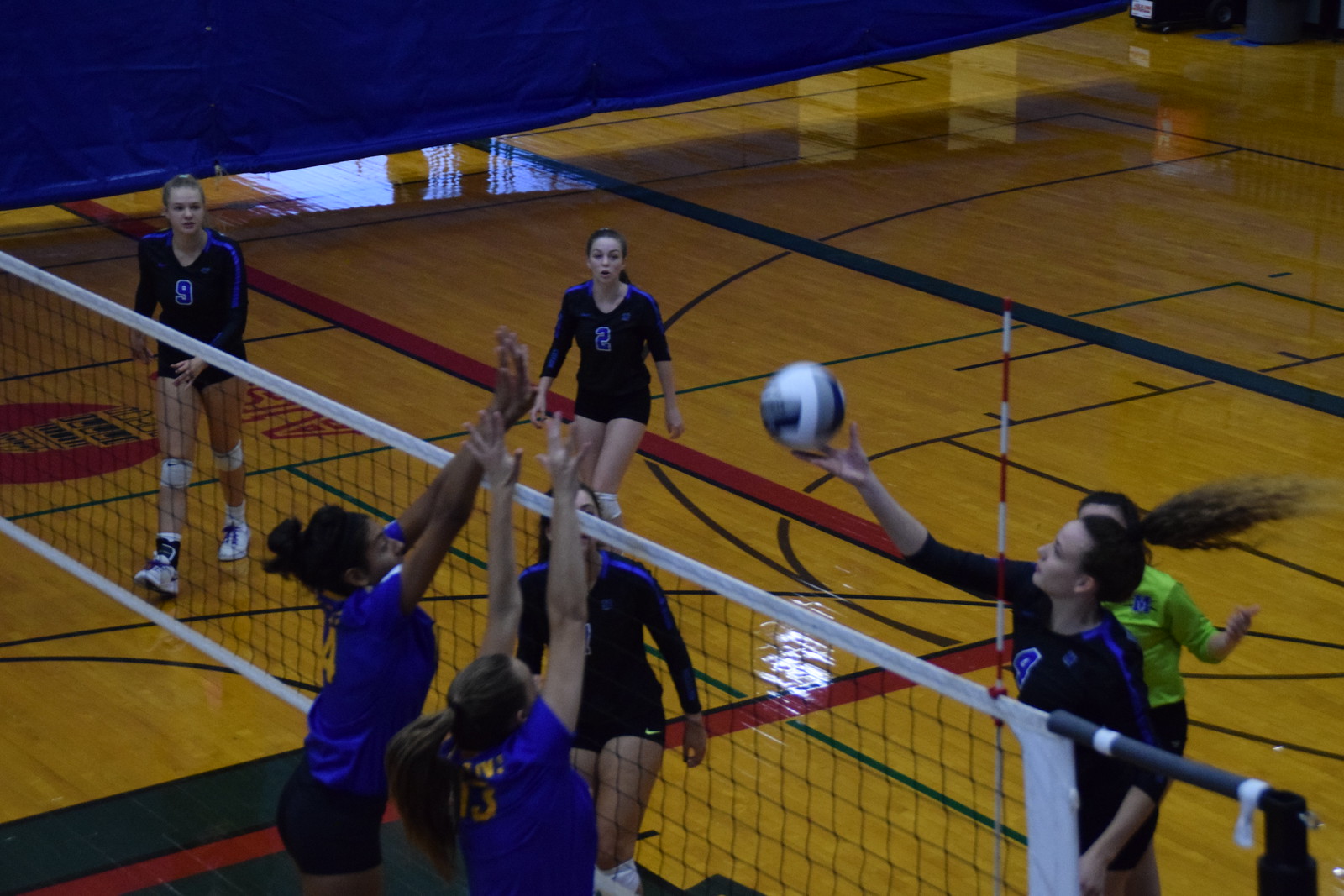 Outside hitters Liana Smoot and Preslie Boswell led the Knights with 29 combined kills for the day and Sophia Henderson helped the scoring effort with 35 assists.

The Knights ended up finishing third in today’s pool behind first-place El Paso, which went 3-0 in the group and Anderson, which finished second at 2-1 for the day.

The Knights’ end result on Friday was much like its Thursday result. The Knights also ended up 1-2 on Day 1 of the tournament at the Austin Sports Center.

A few statistical highlights: Against Vista Ridge, junior defensive specialist Brienna Martinez had 12 digs. Against Marshall, Henderson was a dual threat with 11 digs to go with 10 assists. In the St. Andrew’s contest, Smoot had 10 kills.

For Saturday’s final day of the tournament, El Paso is in the Gold Bracket, and Anderson is in the Silver Bracket. McCallum will play in the Bronze backet. Based on their third-place finish, they earned a bye and will play the winner of the game between Hendrickson and McCarthur at 11 a.m. at Delco Center.