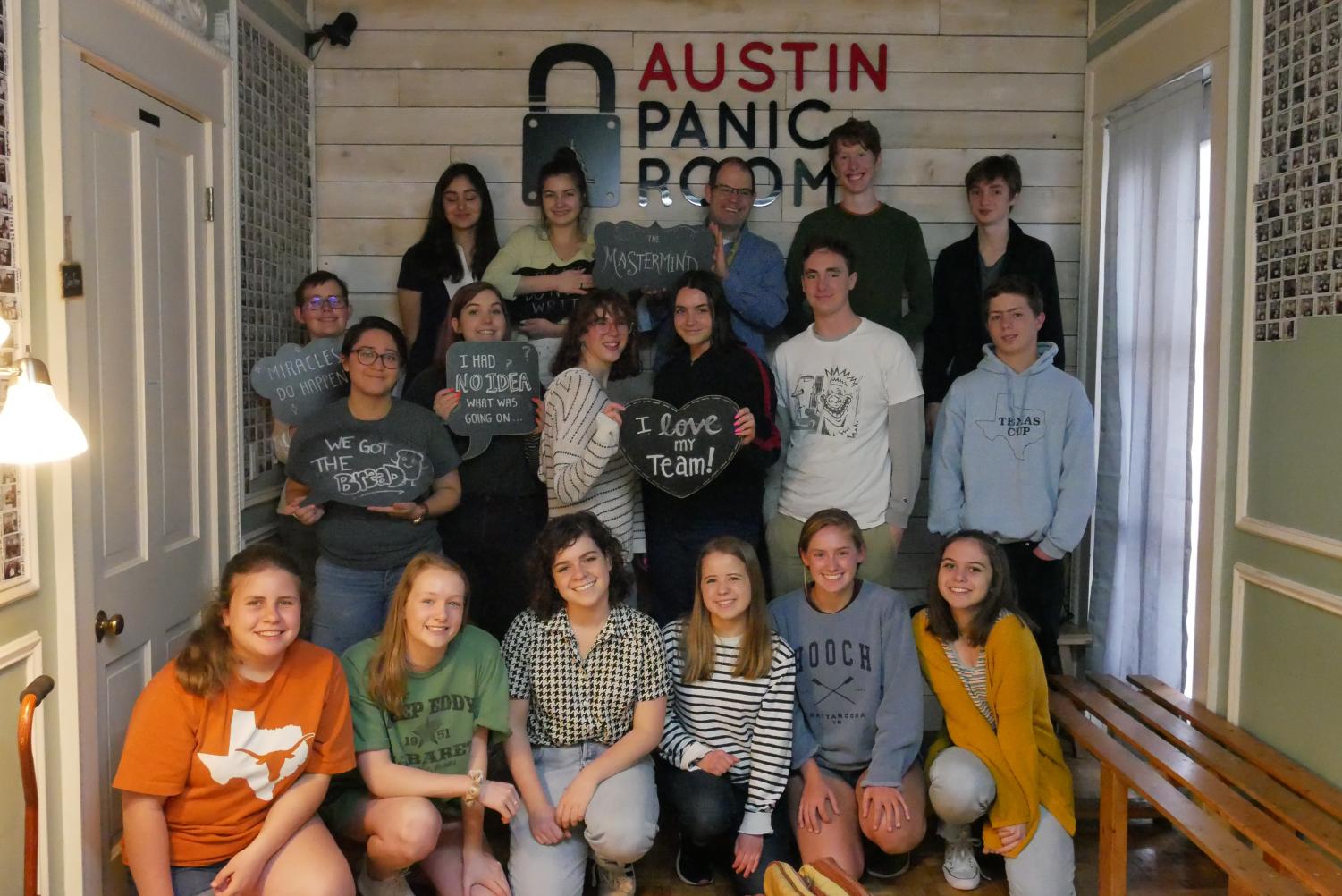 This is no time to PANIC

The Austin Panic room reached out to the Mac Journalism team and offered us some free tickets. I had never been to an escape room before and was looking forward to giving it a try. I knew the basic premise, they locked you in a room and you had to solve puzzles to find the way out. They are popular destinations for parties, dates and school groups. It was ten people to a room, and the one I was in was called “Abandoned School Room”. The other group went to “Cabin Fever”, which my fellow staffer Kristen Tibbetts describes later.

The escape room building downtown was pretty small and housed several rooms. The one we were going to was actually partially underneath the building. The employee then told us our mission. One of the students in this pretend school was an evil genius and had made some plans to do something bad. We had to find these plans and escape before he returned in 60 minutes. We had a walkie talkie to communicate with the staff and could ask for time updates and for clues, of which we had six.

Then she left, locked the door, and we were on our own. The room we were in was like a small classroom, with a teachers desk, four student desks and some lockers. Nearly all of the drawers had locks, some with combinations locks, others needed keys. There were two doors, other than the entrance and chained exit where we were supposed to escape. One of them was to the science room, the other was to the bathroom.

I’m glad I was in a group with people smarter than me because most of what happened was a blur. There were backpacks which contained scantrons that had names and birthdates on them, which we had to use to find codes to locks on desk drawers and lockers. In the desk, we found one of the “students” diaries, and had to match up the entries with dates on the big calendar on the wall. We tried to find the code on the door to the science room, which was more difficult than we would have liked. We ended up trying so many false codes that the door almost locked us out for good, and had to ask the walkie talkie if the code was right. In the science room, we had to find the weight of a jar of pennies, and mix some liquids then compare the color with that on a chart. We then found the code to the final locker which had the alleged plans that we were supposed to find. We put them on a light table, and with the help of some writing on the bathroom walls, found the combination for the final door. We strolled out with a cool three minutes remaining.

I’m not totally sure what happened, but regardless it was pretty fun. Whether you’re looking for a newspaper staff team building activity, or just to have some fun with friends, I would definitely recommend the panic room.

One Response to “This is no time to PANIC”