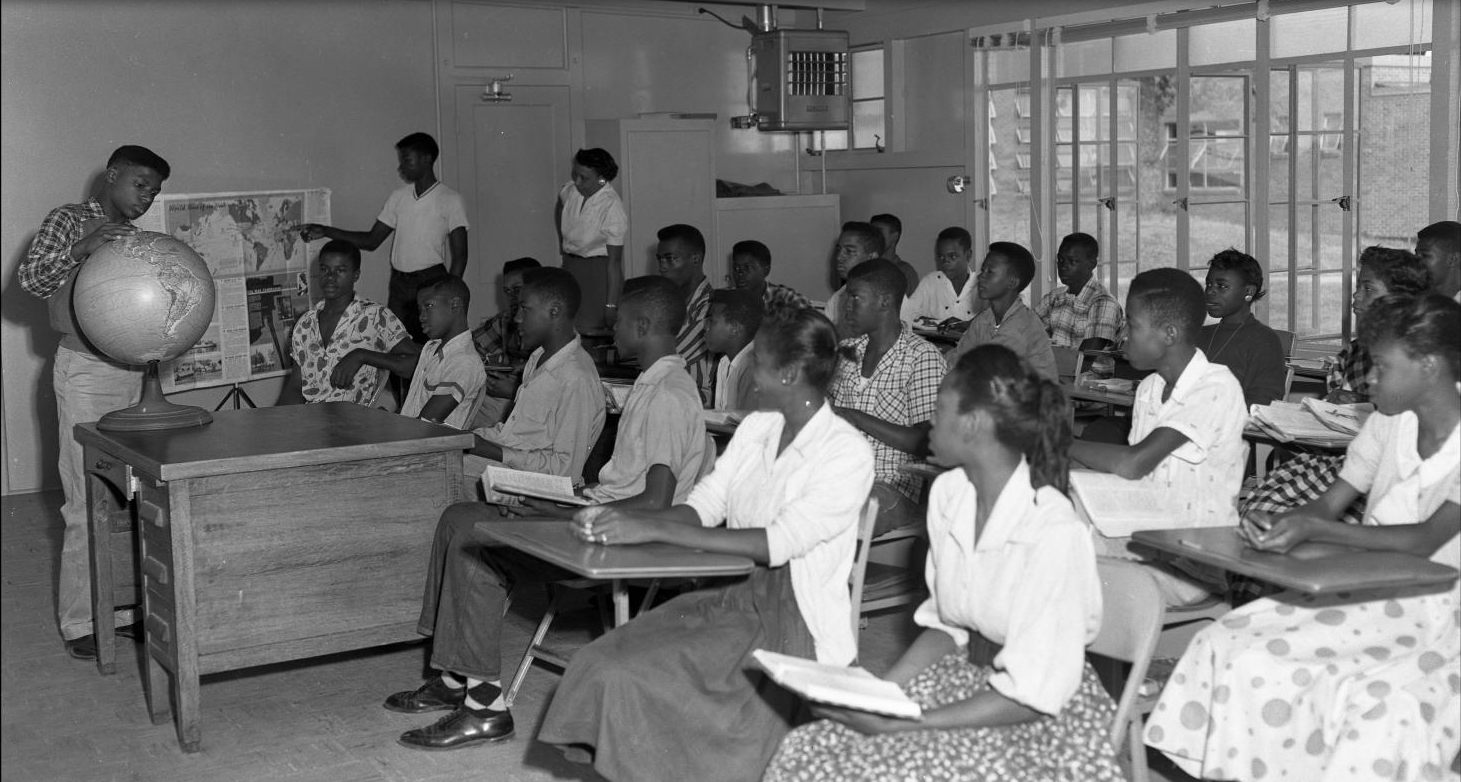 A history of discrimination

March 22 marks the 90th anniversary of Austin’s infamous Koch and Fowler city plan. The city of Austin adopted this plan in 1928, and it designated an area east of Interstate-35 as Austin’s “Negro district,” establishing most of the city’s segregated facilities there in an effort to push the black population into the area. An area south of the “Negro district” was similarly designated for Hispanic families.

In the early 1900s, as Austin’s Latino population grew exponentially, AISD established multiple schools for Spanish-speaking children, first and foremost the West Avenue School, which remained in operation until 1945. Superintendent A. N. McCallum, spearheading the school’s opening, responded to protesting parents by saying that the “children were not transferred because they are Mexicans, but because their inability to speak English makes them an impediment to the progress of the English speaking children.”

Historians at the Austin History Center have since suggested that the schools likely targeted students based on their Mexican ethnicity, rather than the primary language they spoke. Those with Mexican-sounding surnames were segregated into the schools regardless of what language they spoke. Civil rights lawsuits in the 1970s found that Austin had intentionally discriminated against Hispanic children on the basis of ethnicity, arguing that “a benign motive will not excuse the discriminatory effects of the school board’s actions.”

The AISD school board order that schools be integrated came in August of 1955, as 12 black teenagers were the first to integrate Austin’s schools; one enrolled at McCallum, five at Travis, and seven at Austin High. The first student to integrate McCallum was Margie Hendricks, then 15.

Austin’s desegregation order was lifted in 1980; afterwards, the city no longer was obligated to use busing or any other initiatives to proactively promote integration. Some social scientists have argued that rescinding integration court orders prompted many cities across the country to rapidly resegregate.

What segregation means for students and schools

AVID, or Advancement Via Individual Determination, instructor Elida Bonet says that one of the harder parts of supporting her students of color is encouraging them to take AP classes.

“If you’re not doing pre-APs and APs, college is going to be really hard,” Bonet said. “We really need to push our students to be in those classes, but then make sure that those classes are welcoming for them because the major complaint that comes out of their mouths is, ‘I’m the only person of color.’ Last year, we did something; we had a student who was the only one in her class. It was pre-AP, and she said, ‘I’m the only one there; nobody talks to me, when they say to work with somebody, nobody asks me to be in their group,’ and I had two other students who were in the same class, but at a different period. So they were like, ‘Why don’t you switch to our class so we could all three work together?’ So we did… and she did pass the class because they had a cohort, other people she could ask for help without feeling dumb.”

Though in many states, districts spend more per pupil on disadvantaged student populations, low-income and minority students are still more likely to have inexperienced teachers and a greater teacher turnover rate. There is a general consensus that poorer school districts must pay more to attract teachers to compensate for reduced school safety, leadership stability and availability of support staff.

“We call it an achievement gap, but the reality is… if you look, there’s a question to be asked as to, ‘Who is given what level of instruction? Where do the most experienced teachers teach school-to-school, and within a school? Who do they teach?’” Dr. Foster said. “There’s a quality of the circumstances surrounding the students that reframe the conversation a little bit.”

Bonet says that many socioeconomic factors beyond students’ control can negatively affect their achievement.

“If you’re hungry, then your brain is just not working well,” she said. “If you don’t have a way to get to school because for some reason they have to be brought to school, but mom and dad are working, and they aren’t off at the time and they’re coming in late, or they’re using the bus, so you are not having consistent transportation. Having to work. That is a huge one that I don’t think we realize even as teachers, the impact that has. We have so many students who work not just to be able to go to the movies and to go for dinner, [but] they’re working because they’re pretty much supporting their entire families. We don’t realize–I don’t think I ever realized until I started working here with the AVID students–I had kids working 40 hours. And they’re not doing it just to buy the fancy shoes, they’re doing it because they’re paying for their car, they’re paying for their phone, they’re paying their insurance, and they’re helping with meals. … Then another part that has influence is if you read as a kid, you develop a love for reading, and even if you don’t love it, at least you read well. But if you’re not a good reader, you pretty much are going to have a really hard time in school.”

An AISD policy allows parent-teacher associations to raise funds for their schools privately, which ends up primarily benefiting high-income, majority-white schools, helping to add even more extracurricular activities, supplemental programs and experienced staffers. Higher-income parents have more time to devote to their school, and often wield more knowledge and influence that they can use to advocate for their children.

Additionally, more affluent parents tend to have children who remain affluent later in life, while children in low-income families tend to remain impoverished. One reason for this rigid divide could be a different level of support: 80 percent of children raised by parents who earned college diplomas report that they were encouraged to attend a four-year college, while only 29 percent of first-generation students say the same.

Bonet reiterates that teachers and administrators need to consider the out-of-school factors that may keep students from succeeding.

“There’s so many tentacles to it; you have to hit it from all these sides,” she said. “Basic food, shelter, because if many of those are missing or not adequate, the student is not well-prepared to come to school.  What experiences have they had that we take for granted? I think sometimes we think every parent reads to them, takes them to the museum, takes them to the park, does arts and crafts with them and all these things, but that’s not happening in every home.”